Started on 24 February, the Russian aggression on Ukraine was based on the assumption that the occupation of the whole country, or at least of Kiev, would have led to a scenario where the attacked Ukrainian population and Army were paralyzed by the Russian Army. Ukraine, alerted by the USA, managed to block Russian elite units (parachuted there to take the capital) at Hostomel Airport. As a consequence of the intercepted attack, Kiev – despite being deformed by bombing – remains under government control. The seizure of Kiev (currently shelved) constituted the main Plan (Plan A) of Moscow’s war against Ukraine. In general terms, the conflict can be analyzed as divided into two distinct operations: the first one is taking place in northern Ukraine and had Kiev as its main target, later shifted on Kharkiv; the second occurs in the south, with Mariupol as its picture, and has as main objective the Russian occupation of the whole of the Donbas region and the coastal area. According to Dmitry Rodionov, director of the Centre for Geopolitical Research at the Moscow Institute for Innovative Development, “Southern Ukraine must be part of the Russian space and we will see what formula will be used. The western part of Ukraine must be left to its fate. It is no longer a question of preventing Ukraine from joining NATO, but of creating a new nation to protect us from Western maneuvers”. The realization of this scenario – Plan B of the war – would materially bring the war to NATO’s borders (Ukraine’s border with Romania, a member of the Alliance) and deprive Kiev of its outlet to the Black Sea. This Plan B is theoretically more likely to materialize and would severely weaken Kiev, pushing it into a possible capitulation. This setting would be more likely to be realized if Ukraine’s southern coast were also attacked in the direction of Odessa from the Moldovan region of Transnistria (separatist and with many Russian speakers), which is 100 km from this Ukraine’s main port. During public speeches, Belarusian President Lukashenko (Putin’s closest ally) and Russian and pro-Russian military and political leaders have mentioned, as a priority in the current conflict, an extension of the conflict to Transnistria.

Moldova has plenty of reasons to feel insecure and defenseless and should consider the precedents of Russian interventions in Georgia (2008) and twice in Ukraine (2014, 24 February 2022), implemented “in defense” of the “threatened” rights of Russian speakers. As a neutral country that is not part of NATO, Chişinău cannot rely on guarantees of protection and its possible defense would put the West in a dilemma: to intervene, or not to intervene, in the conflict by directly attacking the Russians? The public positions coming from Washington show that Chişinău has no more security guarantees than Kiev had on 24 February and the unequal ratio of forces with Moscow and its limited territorial extension put it in the uncomfortable theoretical position of an easy prey. The West does not currently considers other options of direct involvement in the war, other than economic ones.

On the ground, the dilemma of non-intervention has been overcome by facts, which show the substantial Western military aid sent to Kiev. Indeed, Ukraine enjoys the international right of self-defense, recognized for sovereign countries under attack. CIA qualifies Putin’s nuclear threat as serious. Nevertheless, the surrender of Ukraine is not an option to be considered by Westerners, as it would be an invitation to future aggressions, with an increased risk for the three Baltic republics (Lithuania, Latvia, Estonia), that are NATO members and include Russian minorities. The escalation of armed shipments increases the risk of Russian reprisals to the final transit countries (such as Poland and Romania), but two months of conflict and war crimes committed by Russia have convinced even the most skeptical Westerners that Moscow can only be stopped militarily on the ground, not with sanctions and diplomacy.

Among Western countries, the US seems to be the most lucid on the strategy to be followed: having no economic dependence on Moscow (like those EU countries depending on Russian energy supplies) and no territorial contiguity on land with it, closely eying Beijing (their strategic rival who monitors this war to be able to plan the takeover of its “Ukraine” Taiwan), Washington observes the economic and diplomatic front over Kiev with the aim of weakening Russia in the Ukrainian trenches and hopefully obtaining a regime change in the aggressor country. Ukrainian President Zelensky shares these goals and publicly states what the US diplomatically conceals: Putin is aiming to change the map of Eastern and Central Europe “manu militari” in Moscow’s favor and Ukraine is the first of multiple dominoes that Russia wants to bring down in the former Russian Empire and Warsaw Pact area. Events in NATO-Russia relations since 2007 (when, after Putin had attacked US global hegemony in a tough speech at the Munich Security Conference, Estonia suffered a major cyberattack three months later) lead to this observation. If the plan were to be implemented, NATO would be downsized and the entire post-1945 international architecture based on the existence of the UN as the multilateral forum for conflict resolution would be demolished. By attacking Ukraine on 24 February 2022, Putin went beyond Chruščëv’s stand of 1962 in anti-American intransigence, since the actual Russian leader did not consider any possible way to solve the crisis other than with maximalist demands: recognition of Russian sovereignty over Crimea (de facto accepted implicitly by the West) and of the independence of the Donbas, neutrality, as well as a demilitarisation of Kiev (which, taking into account the threatening power of the neighbor making the “demands”, requires strong guarantees on this point). To sum up, Zelensky and the West (his sponsor) would engage in real negotiations on the last two points, while the Russian president considers the probable peace talks only as a form of ratification of his aims, an attitude which Putin confirmed in his meeting with UN Secretary-General Guterres on 26 April.

If Russia will firstly succeed in the realization of Plan B (occupation of the Donbas and all of southern Ukraine, up to the Romanian border, and potentially also the border with Transnistria) the materialization of Plan A (the taking of Kiev) would come closer. Indeed at the moment, the supply of western weapons to Zelensky (a fact that aims to bring about a logistic parity between the belligerents, for now asymmetrical and entirely in Moscow’s favor) does not give to the outmanned and outgunned defenders new hopes. In Putin’s view, the extension of the theater of war into Moldova could serve as a distraction from the Western continuous aid to Kiev or as a way of provoking war events on NATO territory, using as a pretext the eventual defense of Chişinău by the Alliance. Although Ukraine has demonstrated an untamed will to resist – which is similar to the one shown in the street revolutions in 2004 and 2013-2014, in defense of democratic values – the country does not have Russia’s human and military resources. Eying Moscow, at the moment is highly improbable to see uprisings or palace maneuvers against Putin. The material approaching of the Russian Army to NATO’s borders (already tested with the bombing of Lviv in Western Ukraine) attracts the risk of an escalation of the war to a critical point. The West has only one option to contain this scenario: swift delivering  of “weapons, weapons, weapons” (and training) to Kiev, as a way not to be forced to use them themselves in the not too distant future. 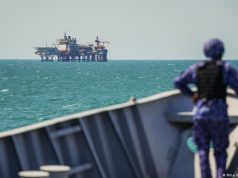 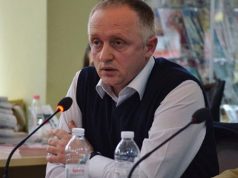 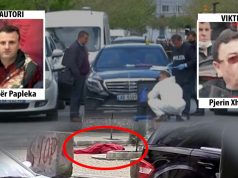